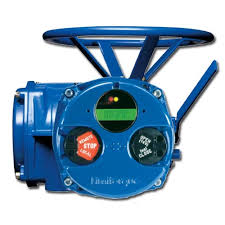 ​Limitorque MX electric actuators are multi-turn products for the non-intrusive, double-sealed, smart electronic actuator marketplace. Introduced to the market in 1997, the MX is built upon a wealth of experience and performance in the valve actuation industry. Thousands are installed on all six habitable continents and in all major market segments, including power generation, oil and gas, plus water and waste water treatment.

What sets the MX actuator apart is the combination of control and reliability facilitated by advanced Limitorque technology. Simple to set-up and operate, the MX employs a graphical dot matrix display with local control switches to deliver instant actuator status and valve position in eleven languages.

The MX electronic actuator can provide torque output of up to 1700 ft-lb (2304 Nm) and is available in a wide variety of configurations to accommodate various applications and valve designs. For torque-only applications, the MX can be directly coupled with valves. For thrust applications, a thrust base is installed on the MX. The MX can additionally be coupled to WG or HBC worm gearboxes for operation on part-turn valves such as butterflies, balls, plugs, and dampers. For rising stem valve applications, the MX can be coupled with V series and MT bevel gearboxes; SR spur gearboxes; and the LB (Linear Base) attachment for linear, control valve applications.

The MX actuator provides the user with predictable, reliable and safe operation for years to come, in the most rigorous applications and extreme environments. Its features provide users with pioneering technology such as: 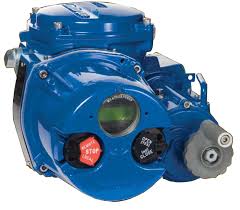 QX Maintenance and Set up Instructions

​​Limitorque QX  electric actuators are the entry into the quarter-turn, non-intrusive, double-sealed, smart electronic actuator marketplace. The QX design builds on more than 15 years of proven MX technology to provide all the user-preferred features in a quarter-turn smart actuator package.

What sets the QX quarter-turn actuator apart is the combination of control and reliability integrated by advanced Limitorque technology. An innovative handwheel parallel to the LCD screen permits the actuator to be installed in areas with limited space and eases manual setup and operation routines. The LCD screen also provides local actuator control as well as calibration and diagnostic information including motor voltage, identification, and hardware and software data.

The QX also employs an advanced brushless DC (BLDC) motor which eliminates sparks, reduces mechanical and electrical noise, and dissipates heat better than brushed DCV motors. BLDC motors are noted for endurance and accurate positioning and also permit connection of a global range of voltages (single-phase and three-phase ACV and 24-48 DCV) without modification to the actuator. 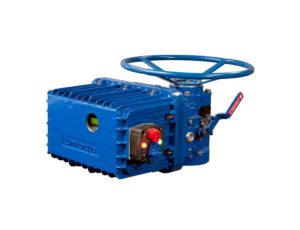 The Limitorque L120  of series of electric actuators are available in nine sizes covering torque requirements to 60 000 ft-lbs. (81 349 Nm) and thrust requirements to 500 000 lb (2 224 kN). When combined with the HBC and PT worm gear operators for quarter-turn valve control and multi-turn dampers, or with the B320 or MT bevel gear operators for gate, globe, and slide & sluice gates, the L120 is well-suited to meet the wide range of industrial applications.

Flowserve Limitorque introduces the UEX Electronic Controls Package for L120-10 through 85 Electric Actuators. This state-of-the-art controls package brings MX-based controls to the L120 with an LCD display for status and diagnostics, setup in 11 languages, and a feature set that includes full UEC-3 functionality, and more. The UEX replaces the UEC-3 controls package and is field-retrofitable into L120 actuators.
For more than 25 years, the L120 series multi-turn electric actuators have been at work in a wide variety of processes. Whether controlling valves in commercial power feedwater or steam systems, oil and gas refining and coking processes, or water and wastewater filtration and other treatment processes, the L120 is proven to deliver reliable performance. 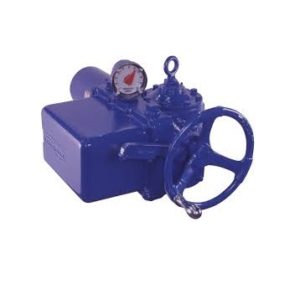 Introduced in the early 1960s, the SMB and the spring-compensated SB actuators for high-speed and high-temperature service are at work for the U.S. Navy, every nuclear power generating facility in the USA, and virtually every other industrial environment. With a rugged cast iron housing and precision-machined gearing,the SMB and SB actuators embody sensible design and solid construction.

From the extreme cold of the Alaskan North Slope to the extreme heat of North Africa and the Middle East, SMB actuators perform reliably year in and year out. For critical or demanding service conditions, trust the industry standard of excellence — SMB. 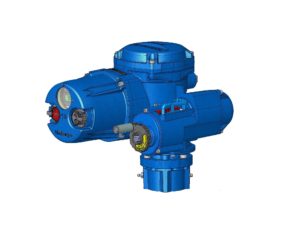 The Limitorque QXM is a smart, non-intrusive electronic valve actuator with a maximum of 20 drive sleeve turns and is specifically designed for any limited, short stroke, light torque rising stem valve application. It utilizes the same non-intrusive, absolute encoder technology as does the quarter-turn QX electronic actuator.

​The QXM encoder is the same one used in the Limitorque QX. It employs system-on-chip technology, which permits redundant, 12-bit resolution over 20 total turns or an accuracy of better than 2 degrees of rotation. This redundancy feature is part of the B.I.S.T. (built-in-self-test) feature of the QX and MX. QXM also utilizes the same brushless direct current (BLDC) voltage motor as the innovative QX smart actuator. The use of a BLDC motor will meet most global voltage requirements without the need to change motors. This unique feature is an advanced technology which eliminates sparks, reduces mechanical and electrical noise, and dissipates heat better than DC motors with brushes. A BLDC motor lasts longer than conventional motors and allows for more accurate positioning. This is especially important in functions which require choke valves and control valves. The use of a BLDC motor in conjunction with the absolute encoder assists in providing the precision that users are demanding in their processes.